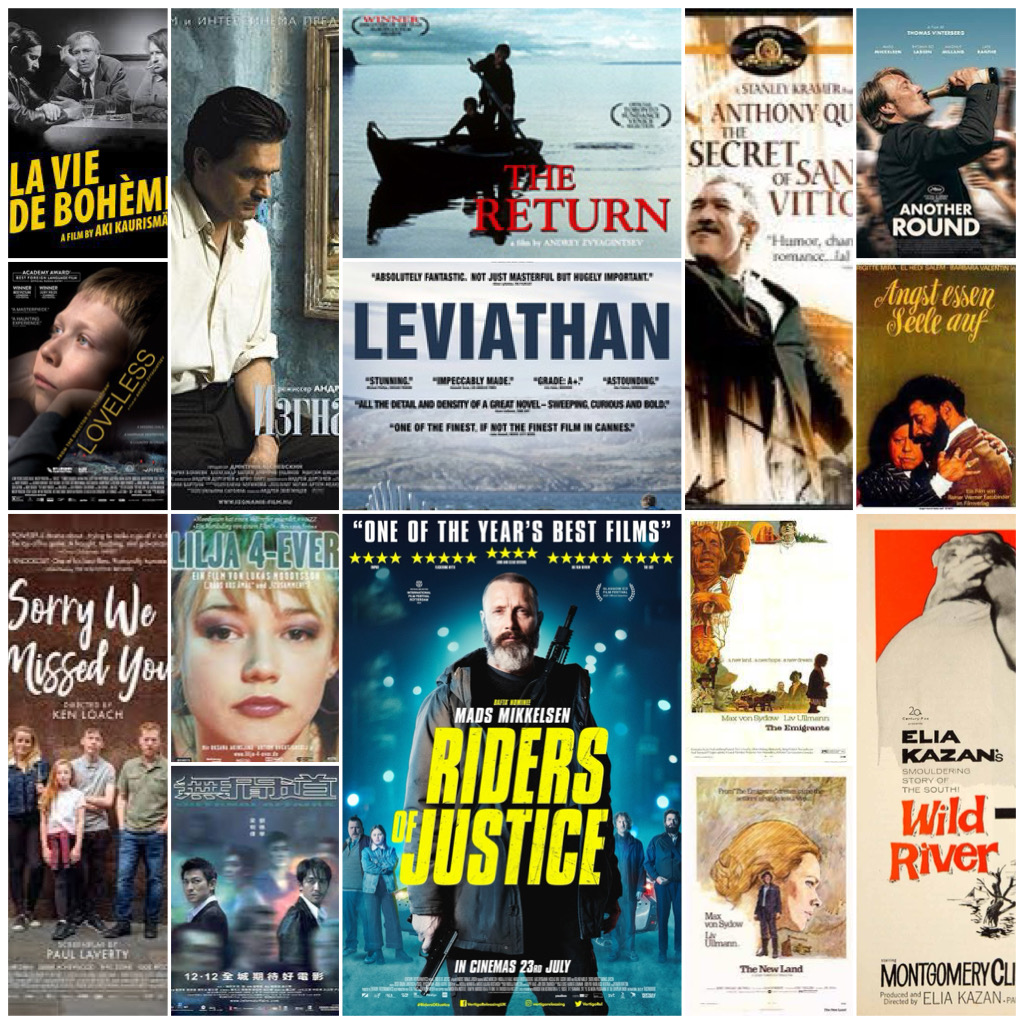 We saw SOOO many good films this year that I had to expand our Top 10 to Top 15 AND include subcategories based on directors and countries.

David and I always start the new year off with a long film or multi-film series. Last year, it was The Emigrants and The New Land, both of which I highly recommend. From our list of films, you’d think we never watched comedies, and it’s kind of true. We tend to reserve our comedy-watching for UK panel shows (Mock the Week, QI, Would I Lie to You) and endless repeats of Blackadder, but when it comes to film…it’s true they tend to be of a darker nature and more serious subject matter.

Even when they’re comedies, they’re dark.

The Finnish and the Danish have mastered that combination, and 2021 had no dearth of films from both countries in our repertoire. I mentioned Aki Kaurismäki in my 2020 list, and more of his are below, and the first Fassbinder film we watched had us spellbound. We watched a ton by Danish directors Susanne Bier, Anders Thomas Jensen, and Thomas Vinterberg — in all of which you’ll see a rotation of the same brilliant actors.

In our Top 15, you’ll see FOUR films by Russian director Andrey Zvyagintsev, so definitely check those out. Not. Comedies. But absolutely heart-rending and heart-filled. Lilya 4 Ever may be the most devastatingly sad film we’ve ever seen, but it’s so brilliantly made and acted that I have to recommend it. It will rip your heart out, and you will never forget it.

Anyway, I hope you enjoy reading our list and our rating of each film, and of course I hope you enjoy any films you watch because of it. We rate each film we see on a scale of 1-10 (10 being the highest), and we have a number of films rated at 8.0 and above that aren’t in the “top” lists below. And don’t skip the 7.0 films; they’re decent films — entertaining, enjoyable — but just not fall of your seat good.

RECOMMENDED DANISH FILMS (there are more, but these are taken from our 2021 watch list)