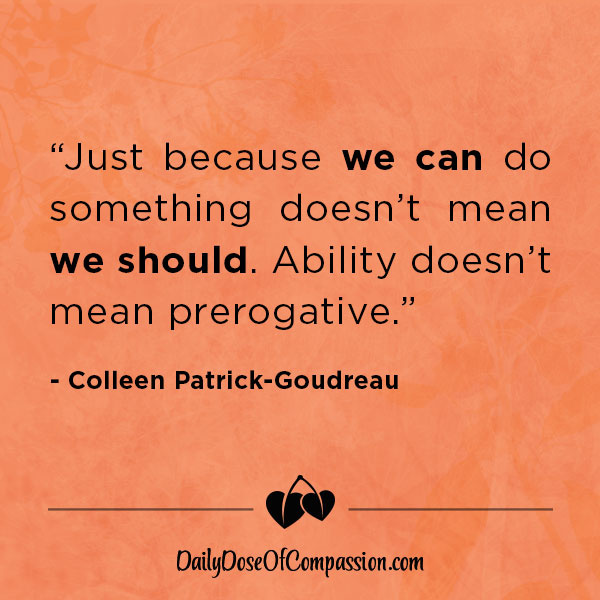 Just Because We CAN Do Something Doesn’t Mean We Should

Unfortunately, I’ve heard this more times than I could count on my teeth: “Humans are meant to eat meat. Just look at these incisors in my mouth.” When we compare the physiology of a human with that of a carnivorous animal and with that of an herbivorous animal, it’s clear that we resemble the latter substantially more than we do the former.

But, even if I were not able to illustrate that our physiology resembles herbivores way more than it resembles carnivores, it still doesn’t matter.

Simply by virtue of the fact that what we know that we can survive – and actually THRIVE – on a plant-based diet and have no nutritional requirements for the flesh or fluids of animals — that we have no need to kill animals for our own survival, means that we need to take a hard look at our excuses for killing over 10 billion animals in this country alone every year.

107
ShareTweet
START YOUR JOURNEY WITH A FREE STARTER GUIDE + RECIPES!
as seen on