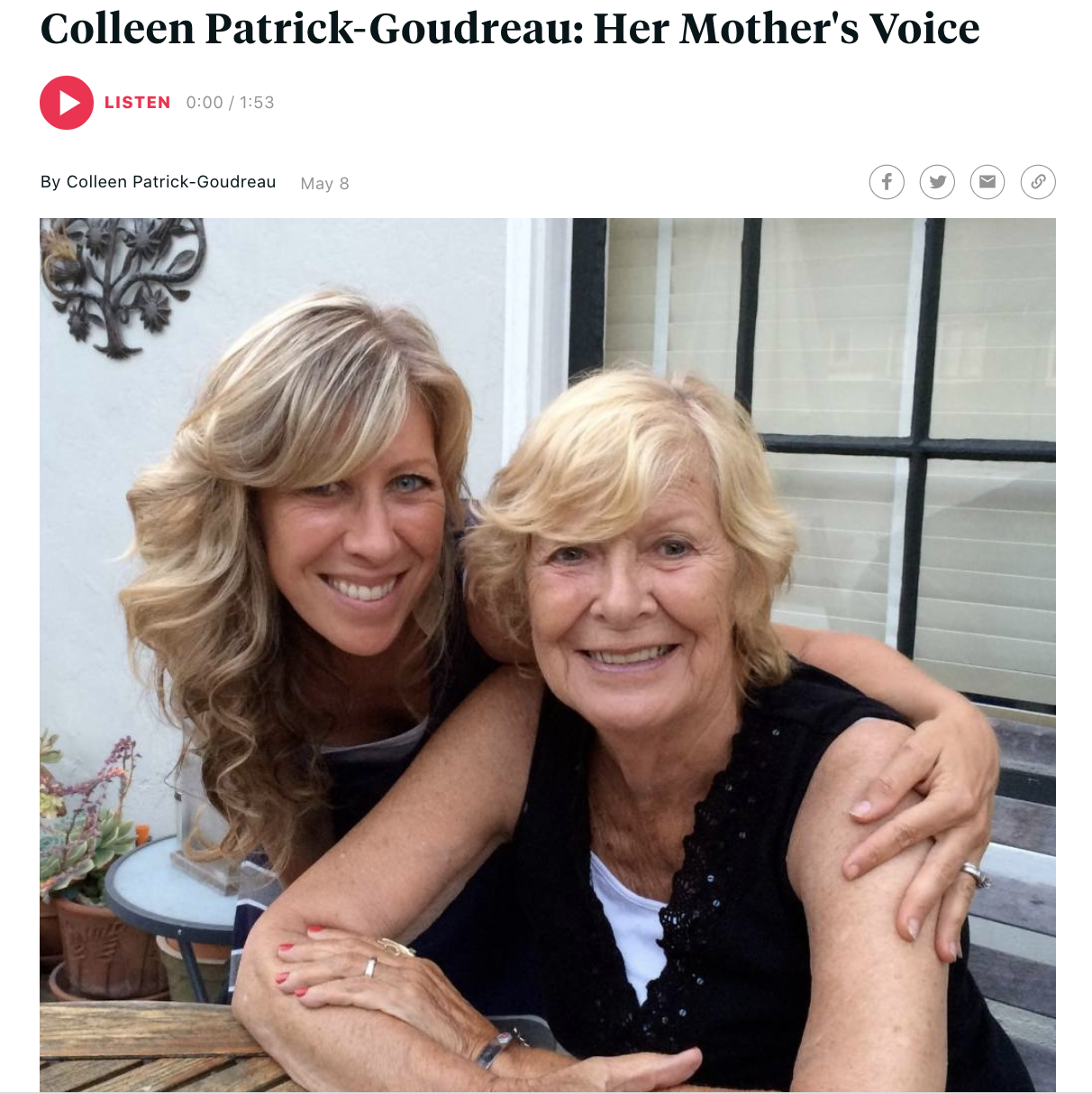 I contribute to KQED Radio (San Francisco Bay Area’s National Public Radio Station) and was really grateful and proud to share this story about my mother and how her voice remains with me.

Telling my mother’s story, making sure she’s not forgotten…that is my Mother’s Day Gift to her, and I hope it helps others.

Listen on KQED Radio, or read the transcript below.

We don’t know when my mother had the stroke — probably when she had heart surgery in 2014. Once home from the hospital, she said there were words she wanted to say but couldn’t get them to come out of her mouth. Over time, it became clear she was having trouble speaking.

It took months for me to identify what it was. Some people insisted it was Alzheimer’s because her declining speech resembled dementia, but to me that made no sense. No other symptoms matched.

Finally, I watched a video of a woman who had aphasia — the loss of speech due to damage to the part of the brain that controls language. She sounded just like my mother. A speech pathologist confirmed that indeed my mother had expressive aphasia — difficulty speaking and writing.

Her last visit to our home in Oakland was 2015. Words came out haltingly, and she often just gave up. It was immensely painful to witness. This was a woman who spoke to her friends for hours a day, every day. And then it occurred to me … while she struggled to get words to naturally come out of her mouth, she could still read words and recite them.

So, I wrote a script, worked on it with my mother, set up a teleprompter, and filmed her telling her friends in her own words that she missed them and wanted to hear from them. Everyone who had seen her struggle that previous year couldn’t believe what they saw — and heard.

She continued to lose her speech until it was gone completely, but she never stopped expressing herself. Her eyes, her face — they spoke for her, and we understood.

My mother died on April 21, 2020, and while I cherish that video and other recordings I made, I can still hear her voice in my voice — a laugh, a giggle, an inflection, and there she is, and there she remains, speaking volumes.

With a Perspective, this is Colleen Patrick-Goudreau.

Colleen Patrick-Goudreau is an author and animal activist living in Oakland.