Say “I Love You” Now

We don’t know when my mother (Arlene) had the stroke — probably when she had the surgery to replace one of our heart valves (2014?). I remember talking to her after she was home from the hospital recovering at her sweetheart’s house (my mother fell in love with Paul when she was 77), and she talked about how there were words she wanted to say…but couldn’t get them to come out of her mouth.

It took months and months for me to identify what it was. Everyone (except Paul) said it was Alzheimer’s (because her mother had it), but none of her symptoms matched. When I watched videos of people with Alzheimer’s, none of them reminded me of my mother struggling to speak.

And then I watched a video of a young woman who had had a head injury that resulted in aphasia — the inability to speak due to damage to the part of her brain that controlled language. I watched another. And another. And I just cried. That was exactly what my mother sounded like.

I arranged for her to start speech therapy, and it was confirmed she had aphasia, but it would have required a lot of really hard work for her to recover her speech. More than she was able to give. Unfortunately, it just got worse. Stroke-related dementia also started setting in, as did difficulty in moving her right leg, and swallowing.

Paul remained by her side, but it was harder and harder for her to maintain relationships, as she didn’t have the ability to call people on her own. She still lived in her condo in NJ but spent more and more time at Paul’s house. I found a day center where she would have activities and social engagement in a supportive environment. On her first day, I felt like a mother dropping off her child to her first day at kindergarten. I watched from where she couldn’t see me and kept checking in on her every 10 minutes. She started going 3 times a week.

Her last visit to California to stay with me and David was August 2015. She was 80 and so beautiful. She struggled to speak, and walking was getting harder for her. (Amazingly, she made it up the 100 steps to our front door!) And then it occurred to me…while she struggled to get those darn words to come out of her mouth, she could still read.

So, I wrote a little script for her, confirmed with her that it’s what she would have said had she written it, and set up a teleprompter for her so she could tell her friends in her own words that she missed them, wanted to hear from them, and was moving in with Paul. This video is the result.

In 2017, Paul, my mother’s primary caregiver, fell and sustained injuries that required hospitalization and in-patient physical therapy. I rushed back out to NJ and spent a very difficult week coming to terms with the fact that she needed round-the-clock care. In what was nothing other than a divine gift, I was able to move her into a stellar nursing home just 20 minutes from Paul’s house. While I spent a lot of time flying back to NJ to see her, I had a video call with her every week.

While receiving the most incredible care, Arlene continued to decline until she was unable to speak, walk, feed herself, or take care of herself in any way.  Swallowing was the most difficult, and she began to lose weight. In 2019, my mother began to receive hospice care. In early 2020, the Covid-19 pandemic hit.

She continued to weaken, and while I could see her in our video calls, I was unable to fly to NJ to be with her in person. On April 21, 2020 at 1:08 a.m. EST, my mother died. We know the time because she wasn’t alone when she passed. The night nurse was with her and held her hand as she breathed her last.

I had a very difficult relationship with my mother for decades. We never gave up trying to understand one another, and by 2010, I had had my epiphany…I stopped focusing on wishing she were the mother I wanted her to be. I just started being the daughter I wanted to be. And that’s when everything changed.

I have so many regrets that I know she wouldn’t want me to have. If she were here, she would touch my face and say “Don’t cry, Col,” though I know she’d be crying with me. I’m so grateful she was able to hear me say “I love you” many times — even when she wasn’t able to say it back. I’m certain she heard it just days before she died when I told her on our video call that it was okay for her to let go, to find peace. I told her I love her and that she was a good mother. With her eyes closed, she lifted her arm and reached toward my voice.

Don’t waste any time. If there’s something you need to say, say it now. And let it be “I love you.”

It’s a cliche until it’s not.

I love you, Mom. You’re in my heart always. After all, you’re the one who made it.

WHAT I REALLY WANT TO SAY⁠ ⁠ Where are the lea

'Peace is his highest value.⁠ If the peace has b

May your daily choices be a reflection of your dee 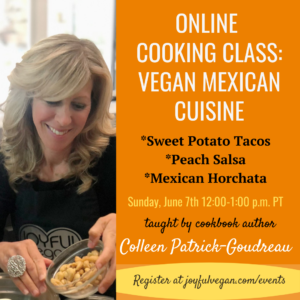