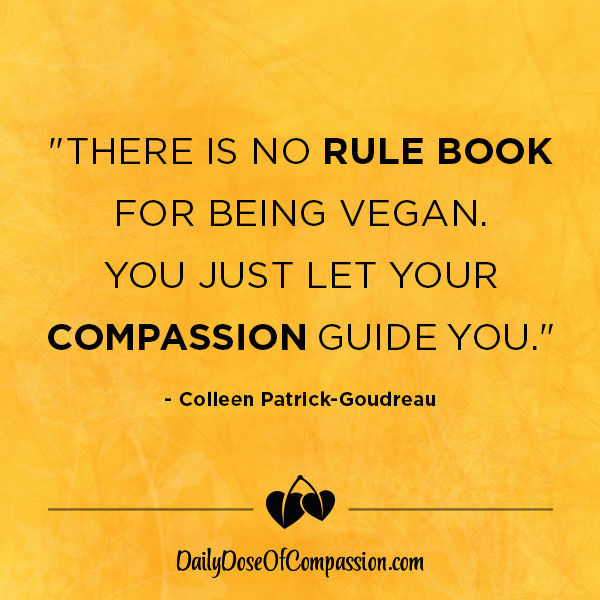 There is No Rule Book for Being Vegan

One misconception about veganism is that there are rules about what vegans “can” and “cannot” eat, of what we’re “allowed” or “forbidden” to eat. Let’s be clear: vegans can eat whatever we want. There’s nothing we can’t have. But, there are some things we simply don’t want.

It’s about saying “yes” to our values. What’s the use in having values if they don’t manifest themselves in our behavior? We say that someone who lives according to his or her values and ethics has integrity. Well, what does it mean to not manifest our values in our everyday behavior? And how many of us actually translate our values into action? For me, being vegan, which extends to every area of my life, is an opportunity to do just that: to put my abstract values into concrete action.

This begs the question: can you fully manifest your values and not be vegan? I think it’s a question each individual has to ask himself or herself, but speaking for myself, when I became vegan, all the guilt and hypocrisy I ever experienced disappeared, and any conflict I ever felt about who I thought I was and how I was actually living just melted away. In becoming vegan, my values and actions became synchronized.

In becoming vegan, I became self-actualized. What more could I ask for?