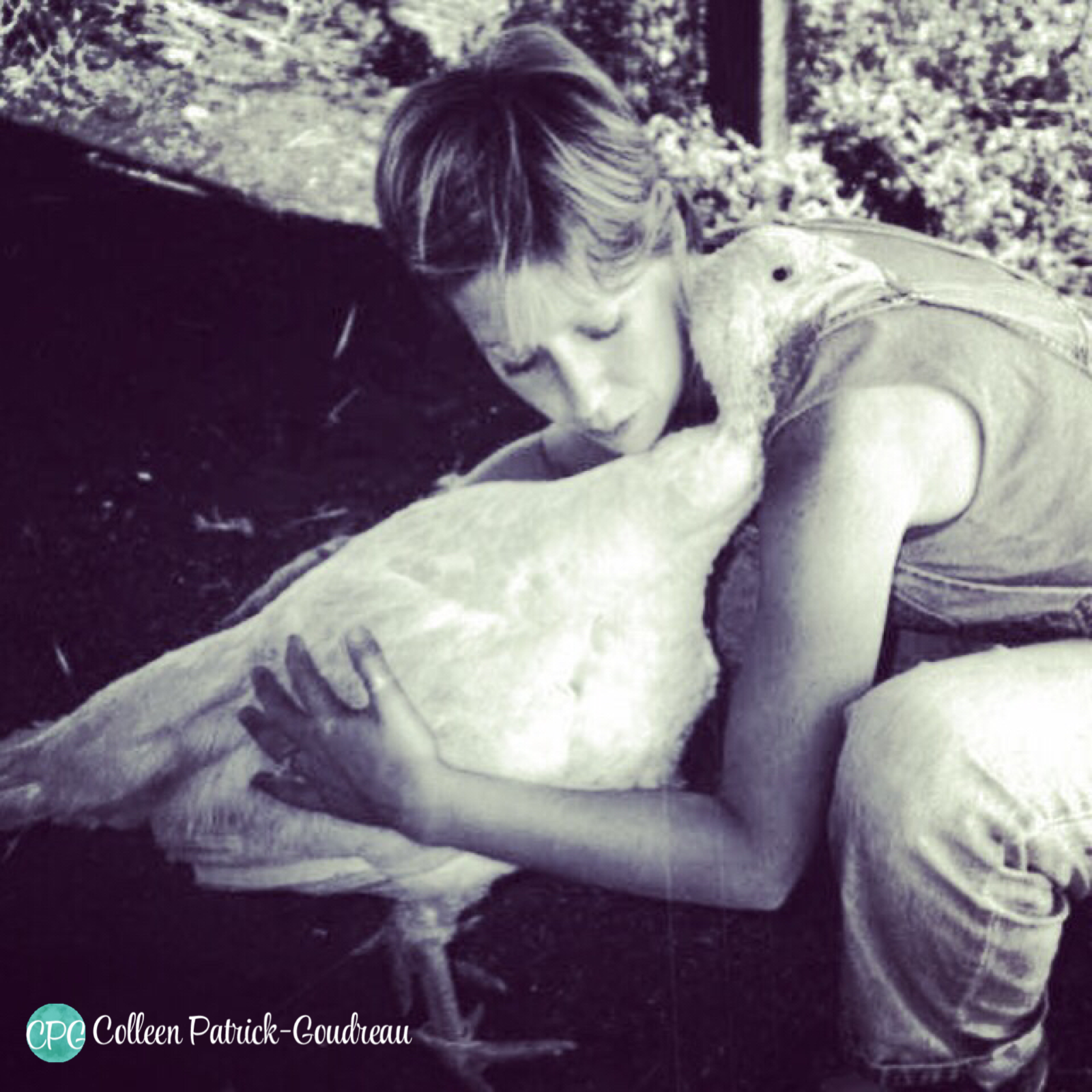 Lydia was my first turkey hug — and she was proof that you don’t need arms to do so.

She pressed her body so close against mine, I couldn’t tell where my heartbeat ended and hers began. I had been vegetarian for several years by then but vegan only a couple. I had had my share of kitty snuggles, cow kisses, and goat nuzzles, but I hadn’t been loved by a turkey.

22 years later, Lydia is no longer with us — she died naturally and peacefully, not from the blade of a cold knife — but to me, she will always be the ambassador for all her turkey brethren.
⠀
It was Joseph Stalin who said that we treat one death as a tragedy but one million as a statistic, and of course he would know. And, that’s what we’re facing here.

Over 30 years an animal advocate, and I still can’t wrap my brain around the fact that we bring into this world and kill almost 10 billion land animals every year in the U.S. for human consumption. We can’t fathom that number, but we CAN connect with one. One ambassador.

👉First of all, David does NOT come with the mak

That time I surprised you for your 75th birthday.

For Hazel and her sister Henrietta, 2020 was a mix